If you want to hear a master talk about how smart companies get people talking, here are a whole set of video interviews with Andy Sernovitz, author of the book Word of Mouth Marketing.

The Public Broadcasting System (PBS.org) story was developed by Julie Keck, a social media and crowdfunding consultant based in Chicago, and originally aired on KCTS9 an independent TV station operated on the University of Washington campus in Seattle in December 2013. Julie's article captures lessons learned from running dozens of crowdfunding campaigns over the past few years.

Among other things Julie is the the social media and newsletter editor for PBS MediaShift which offers a number of other truly educational programs about social media and technology shifts in society. 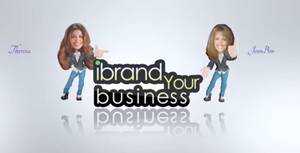 Here is one of the best Facebook marketing training videos I've come across, updated for 2014. Congratulations and thanks to Theresa Santa and Jenn Benninger who operate IBrandYourBusiness.com for creating such a helpful and educational video. 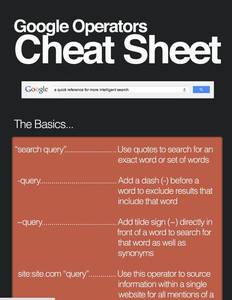 One of the best tricks listed here is The Minus Dot Com Trick. Place a minus sign in front of the word .com then search. Like this:

Results: The dot coms go away leaving you with more non-commercial trustworthy sources of information!

This infographic was found Chapter 14 of any of the Search Word Pro book marketing or business marketing titles.